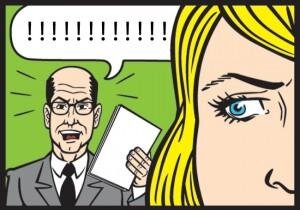 Everyone has a cross to bear. Mine seems to be working for and with Bullies.

It was not until recently that I realized that I am shockingly good at dealing with Bullies. My partner lovingly refers to me as “Donnamatrix” (ladies and gents, this is a shout-out to Fabulous Donna from the TV Show ‘Suits’—he finds her very attractive and is fascinated by her). His nickname for me is meant to be a compliment and I take it as one. I am also known in my social circle as ‘the Bully Whisperer’. This is a Badge of Honour for me.

Let’s face it—at some point in your career, unless you live on Necker Island with my favourite entrepreneur, Richard Branson (we should all be so lucky), you will likely have the great misfortune of working for or with a Bully. I have had the misfortune of working for and with several Bullies in the past. In fact, I can count on my one hand how many times I have not worked for or with a Bully.

I came to realize that Bullies are Bullies for a few reasons: (1) they, themselves, were bullied at one time in their life (2) they are immature, insecure toddlers who have ‘something to prove’ and whose parents left out the discipline portion of parenting when they were raising these little tyrants (3) no one has ever had the chutzpah (read: balls) to tell them off, force them to take a good, hard look at themselves in the mirror and give them what their parents failed to give them: a much-needed ‘time-out’.

Whatever the reason, bullying your employee is not a good look.  It is even a worse ‘look’ for an organization who knows its high-performing senior partner or brilliant CEO is a bully and yet, this organization turns a blind eye to this atrocious, tyrannical behaviour because of the income generated by the Bully for the organization.

Although most people who work for Bullies stay because of continuous commitment (financial necessity), others stay for other reasons—some are cultural, some are because of introversion and some are age-related (stay tuned for more re: my views on ageism later).

Whatever the reason, remaining in a toxic work environment and allowing yourself to be bullied damages self-esteem, destroys physical and mental health and has long-term repercussions on personal and professional relationships.

Break the cycle now. You will thank me later.

Remember: one thing Bullies count on is fear. Lose the fear. ‘Fake it ‘til you make it’, if you have to but do it now. You will respect yourself more in the morning and so will your Bully.

One of my past Bullies was shocked when I called him a Bully, a tyrant and a downright lunatic to his face. I can probably count on my one finger how many times someone had taken him to task for his behaviour in his lifetime. That’s right: one finger—one time (me).  Months later, when I caught that same Bully screaming, yelling and frothing at the mouth like a raging lunatic at one of the staff, berating the poor woman publicly in front of the entire office (veins popping and eyes bulging), I placed myself physically between him and the poor helpless woman and did what he had just done.  I publicly humiliated him. I grabbed him firmly by the wrist, got ‘down’ to his level, stared him straight in the face and through gritted teeth told him to “get back into [his] office” before one of the staff called the police. This was my way of giving him that much-needed ‘time-out’.  My demeanor made it clear to him that his behaviour was unacceptable (not to mention, illegal). His partners/peers, on the other hand, chose to shut their doors, close their eyes, cover their ears, put on music (anything to drown the lunatic’s screams out) or leave the office to grab a coffee.

If your partner or brilliant CEO is a Bully and you know it, clap your hands. You know who you are:  If you close your door, shut your eyes, cover your ears, put on music or go for coffee when this bullying occurs, then you are culpable. You are just as guilty (in my opinion, more so than the Bully). You are an enabler to the abuser-bully.

With legislation generally offering only some protection from reprisals, it comes as no surprise that employees are often reluctant to report Bullies. However, if you are a partner, peer or a manager of a Bully and you do nothing, then shame on you! Remember Karma Café:  Your daughter, wife, son, brother or sister may one day work for or with a Bully. That’s how Karma Café operates. To all of you who know who you are, I say this: do something unselfish; break the cycle. Confront the Bully. Report. Leave if you must. Your own reputation is at stake

With changes to employment laws looming on the horizon, shutting your door, putting on your favourite radio station or going down to grab a coffee is no longer an option (thankfully).

If you work for a Bully: lose the fear. It is truly liberating.

I must not fear.  Fear is the mind-killer.  Fear is the little-death that brings total obliteration.
I will face my fear.  I will permit it to pass over me and through me.  And when it has gone past I will turn the inner eye to see its path.  Where the fear has gone there will be nothing. Only I will remain.” –Bene Gesserit Litany Against Fear – From Frank Herbert’s Dune Book Series 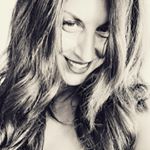 Effie has been a champion of positive organizational behavior for over twenty-five years. She founded TSERGAS Human Capital 7 years ago. Aside from her “effervescent” personality and unwavering commitment to HR best practices, Effie is well-known for her work with some of the top legal firms in Canada. She assists clients across various industries with everything from targeted recruitment, strategic human resources planning, and growth and change management initiatives. With a wealth of experience in human resources, investigations, law, public relations, and marketing communications, Effie is a seasoned strategist with expertise you can bank on.